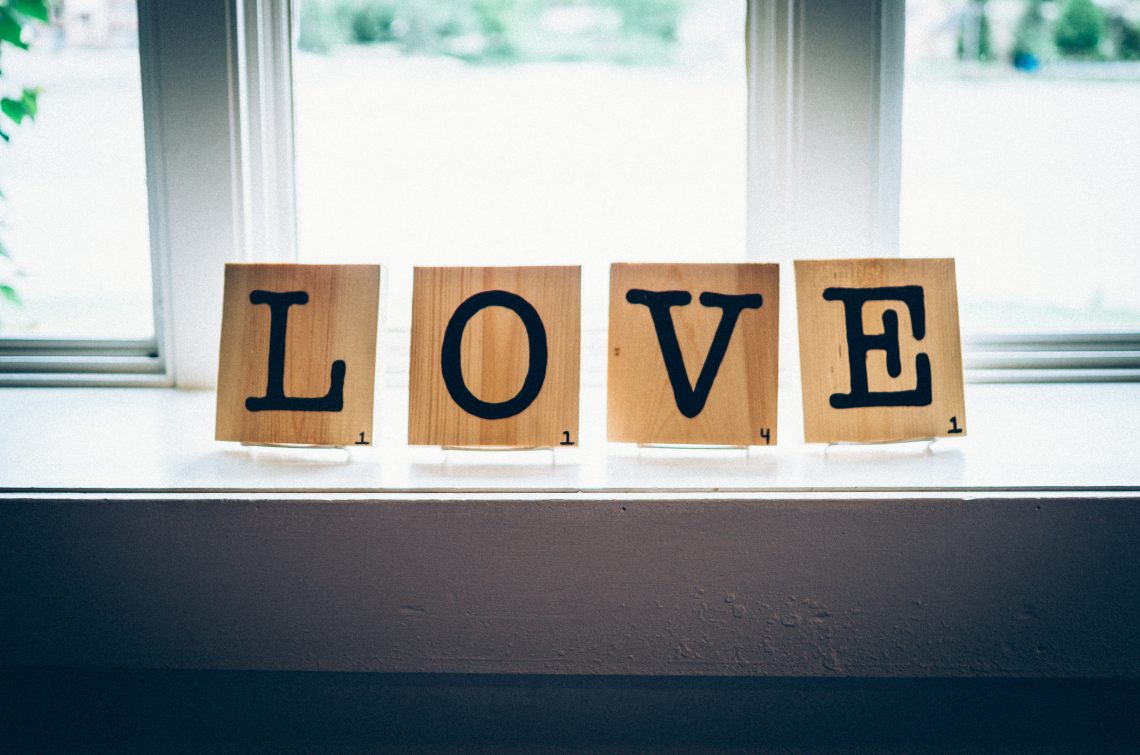 We had been arguing all evening.  Dating for more than a year, we had slowly entered into a relationship as two weary boxers. Tired and wounded from past rounds of hurts and pain to really let our guards down. This wasn’t the emotional head-over-heels, crazy in love type of feeling present in most love songs or romantic movies. This was a series of deliberate decisions made mostly with our heads to get to know each other before making any long-term decisions.

And then the fight. At the time, it felt epic. It felt ending. And so before I could even think about what I was saying, I said it:

Hold up! How did we get here? What was I saying?

This is my second serious relationship. My first one lasted for almost twenty years. I met my husband when I was twenty years old, a junior in college. The first time, we were both young and had the opportunity to grow together. We had a daughter and survived our 20s and 30s building what we thought would be a forever life. Neither of us knew that forever would end at 40.

My husband was diagnosed with sarcoma, a rare cancer of the soft tissue. After eighteen months, he was gone.

Widowhood was never a club I wanted to join, but now that I was a member I was determined to never fall in love again. The logic was that if I didn’t love, then I wouldn’t have to subject my heart to the gut-wrenching pain of losing someone all over again. I wore this commitment like a badge of honor for years. In that time, I made new friends, lost some weight, started traveling again and going to new places. I was definitely living my best life. What I didn’t recognize then that I do now was that I was healing – moving from actively grieving to reclaiming my joy.

Occasionally, I missed having a special someone. But, my friendships were keeping me busy. Then, I felt my heart slowly thawing. I had a conversation with God and decided I was ready (so I thought). During this period, I remember going to the local electronics store, and a man approached me as I was leaving the store to ask my name. It took a few minutes before I knew he was trying to hit on me. Your girl was out of practice. It had been more than twenty years since I had been on a first date. The phone number exchange was awkward to say the least. The last time I gave my number, it was written on a piece of paper.

I went home to call my younger sister who found the whole exchange hilarious. I asked her what I was supposed to do. She said call him of course. Before I could decide, he called me. Our first conversation, I proceeded to tell him that I was married. What? Well, widowed. He thought it had just happened. No, it’s been years (cue awkward silence). Did I think we could go out? Uhm, why? I told him I would call him again, but I think we both knew I wouldn’t. My girlfriend (and part-time therapist) said this was a test to show me that I wasn’t ready. Clearly I wasn’t.

Love when you least expect it

A few months later, I met Mr. C.  Similar in features to my type of guy (tall, handsome, cute smile), he was also different than what I expected. From the moment we met, we hit it off. And although we had a connection, I didn’t have any intention for this to be long-term.

So how did we get to “I love you?”  And did I just utter these words during an argument?

When we first met, I had big dreams of dating multiple people and living this fabulous life without any emotional ties. That never happened. Though we didn’t fall quickly, I didn’t date anyone else. He was so refreshingly direct and honest. And the more I tried to fight it, the more he settled in to my heart as if he was supposed to be there. This was different than electronics man.

In that first year, we covered a range of emotions. He handled the widowhood surprisingly well.  He respected my conflicted feelings. He patiently waited for me to be ready to remove my wedding ring, to take down the visual reminders of my husband and met my daughter who was leery of the whole thing having only known me with her father. Mr. C knew I had been loved completely before. He knew that my heart still missed the husband and life that was no longer possible. He was nervous about living up to those expectations. So we started as friends because that’s all either of us could handle at the time.

“Love can still be found
(The second time around) “

Over time, the relationship grew in importance. I prayed to God for confirmation that this is where He wanted me to be. Every time, He answered my prayers and Mr. C was still there. As the years continue to pass, there is so much I have learned this second time around.

Communication is the key to everything.

Mr. C and I don’t have twenty years of knowledge to pull from. I have had to learn his communication style and he mine. His love language is different, and his triggers are easily pushed. Learning how to diffuse arguments when we both are alpha personalities has not been easy. Sometimes, words expressed in anger are easier than admitting our vulnerability. We have learned how to take responsibility for our individual contribution to a conflict. We are committed to not just talking at each other but also listening to each other even when it hurts. Although we have different perspectives created in different generations, our core values are the same: love of God, love for our children and love for our families.

We hold the key to our happiness not others.

Dating again is not only an adjustment for you, but for those around you. Most of my family and friends only remembered my time with my husband so the thought of someone new in my life took some getting used to. They were excited to hear I was ready to date again, but thought I was entering into a relationship too soon without exploring what else was out there. I didn’t help the situation by questioning everything and sharing some of my fears with others. The relationship suddenly became very crowded with the thoughts and opinions of others. Ultimately, I had to learn that although they wanted the best for me; our opinions were the only ones that truly mattered. What works for us doesn’t have to work for anyone else.

Forever isn’t as long as it used to be.

The more we lose, the more we appreciate what we have. Becoming a widow reminds you daily that the one you love could be here today and gone tomorrow. The truth is I am older this time around. And although I expect a long full life, I am aware that our time is finite. It has caused me to be more intentional in this relationship. We don’t stay mad for long. We say the things that need to be said. I live each day as if it may be the last, because the truth is that it just might be. If my first big love was like a fairy-tale, this one is firmly rooted in reality. My idea of forever has changed. I don’t think in terms of growing old together, but I tell him that I will love him as long as God allows me to.

Be open to new experiences.

At first, I didn’t want to do anything that I may have done before. I was so afraid that they would bring back memories of my previous life. However, it has been the opposite. Seeing places through Mr. C’s eyes has created new experiences at old places and new memories for both of us. I take more pictures in an attempt to capture more moments. We set goals each year as a couple to ensure we continue to grow together. We are fiercely independent but have found ways to carve out time together with the understanding that it is okay to also have time for ourselves.

This love is different.

Different doesn’t mean less than. Different doesn’t mean better. It means not the same as another. We have learned not to compare each other to our past loves. We are striving to be the best that we can be separately and together. In order to be our best, we had to unburden ourselves from past pain and expectations. He is his own man, and there isn’t anyone like him. I had to get to know him and learn to love him the way he needed not the way that was familiar to me. We don’t always agree. Sometimes our disagreements can feel epic; but with each one, we learn a little more about the other.

Many years have passed since I uttered those three words and our love has grown every year we are together. If you had told me that I would be in a long-term relationship again, I wouldn’t have believed you.  But here I am.

I have never loved like this.  And that’s okay.  No two loves are ever the same. 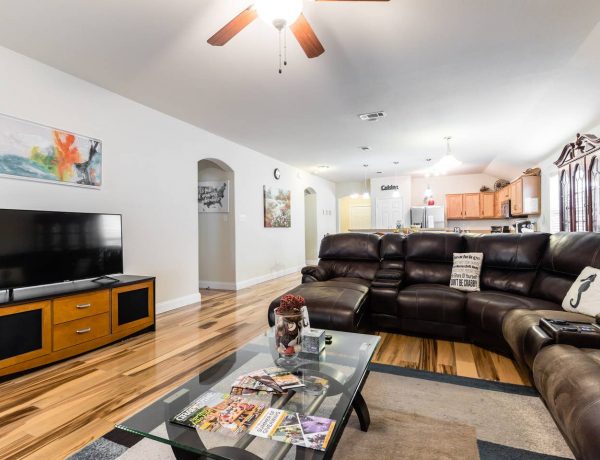 I am Zanetta - beautifully flawed but infinitely Z. This digital platform serves as a safe space of self-discovery as we inspire each other to challenge the status quo and create an immeasurably great life.

infinitelyZ is a part of several affiliate advertising programs. This means if you click and/or make a purchase through certain links on this site or any related social media platforms (Instagram, Twitter, Facebook, and Pinterest), I may make a commission from that click and/or purchase. Learn more about my privacy policy here. I only promote brands and products that I truly believe in, and all opinions are always my own.

My favorite #GirlDad....Happy Father's Day to my D

#Juneteenth As a kid from Texas, Juneteenth was p

When they try to criminalize the victim to divert

This is a step, but we will not stop until there i

YASSS!! Here for all this #BlackGirlMagic. Love yo